Home city guide temples in and around cuddalore

Temples in and Around Cuddalore

Cuddalore has some of the most famous ancient temples of Tamil Nadu known for its architectural and historical significance. Most of these temples are either dedicated to Lord Vishnu or Lord Shiva and are spread in and around Cuddalore. 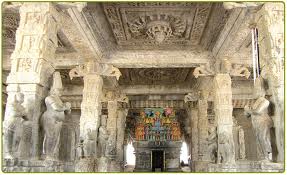 This 1,000 year old temple, Bhuvaraha Swami Temple or Sri Bhuvaraga Swami Temple is located in Srimunsham near Cuddalore, only 70kms from the main city. This temple is one of the eight Vishnu Shrines. People believe that worshipping Lord Vishnu in Varaha Avtar (a boar) will lead to salvation. Legends says that Lord Vishnu took Varaha Avtar to kill the demon Hiranyaksh, who stole the earth. Lord Vishnu went into the sea to kill the demon and after killing him the Lord put the earth back on the heads of divine snake named Adishesha. Then Lord Vishnu settled in Srimushnam in Varaha Avtar and devotees call them Sri Bhuvaraga Swami. This temple is famous for grand celebration of various festivals all round the year. 10 days Masi- Magam Brahmotsavam festival in the month of February,  10 days Chithrai Brahmotsavam festival in April and May, Navrathris in September- October, Deepavali in October or November, Karthikai Chokkapannai in November or December, Vaikuntha Ekadasi, Makar Sankranti, Panguni Uthiram and many more festivals are celebrated at this temple. 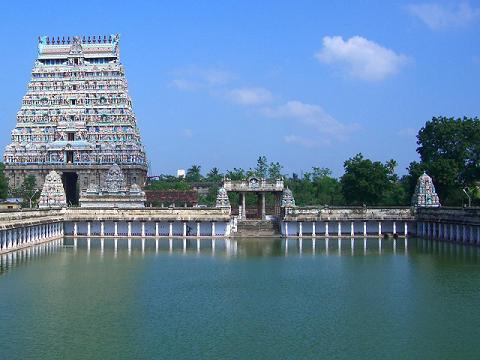 Sri Nataraja Temple is one of the famous temples near Cuddalore, located in Neyveli Town. It is 500 year old temple dedicated to Lord Shiva and Goddess Parvathi. Lord Shiva is considered as Lord Nataraja and Goddess Parvathi as Mother Sivakami. Their idols in this temple are considered as the biggest idols in  the country. The idol of Lord Nataraj is about 10 feet 1 inch tall with weight of 2,420 kilograms and Mother Sivakami’s idol is about 7 feet tall with weight of 750 kilograms. There are idols of Lord Vinayaka, Lord Chandrasekhara, Mother Parvathi, Saint Manickavasagar along with Lord Nataraja. There are 63 famous saivite saints are seen in the row in this Shiva temples who are placed in separate shrines.

Thillai Kali Temple is one of the oldest temples located in Chidambaram which is 43km in Cuddalore district in the state of Tamil Nadu. This temple was built by Chola King named Kopperunjingan who ruled here between 1229 A.D. and 1278 A.D. There was a dancing contest between Lord Shiva and Goddess Kali. Mother Kali lost the contest and became furious. Lord Brahma requested her to calm down. Then she appeared as Brahma Chamundeshwari and moved at this place. Journey to Chidambaram is incomplete without visiting Thillai Kali Temple. This temple  is also known as Shakthi Temple and daily special puja is conducted in the temple.

Veeratteswarar temple is one of the most famous temples located on the banks of river Gadilam near Panruti in the state of Tamil Nadu. It is the famous temple of Lord Shiva whose idol is placed in this temple in the form of Lord Arulmigu Veeratteswarar with the idol of Goddess Peryanayaki. This temple is actually located at Thiruvathigai near Panruti. Panruti is located just a distance of 26 km away from the town of Cuddalore.

There are some more temples located in and around the town of Cuddalore such as Padaleeswarar Temple, Devanatha Swami Temple and Sri Valli Devashena Shiva Subramanya Swamy Temple.