Cuddalore is located on the eastern part of the state of Tamil Nadu. It got its name from the word Koodalur, which means confluence in Tamil. Cuddalore is the place where Penniyar, Kedilam and Parvanar rivers meet. In the ancient period, Cuddalore was ruled over by many dynasties. Even it was a trade centre for French and British Empire. Cuddalore has been the part of India since 1947. This town is well settled in the industrial sector. Cuddalore is the house of fishing industries, port related industries, chemical, pharmacological and energy industries. You can find all basic and modern amenities in the town. 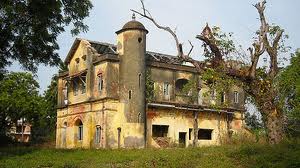 Cuddalore rose during the reign of Pallavas and Medieval Cholas. After the drop of Cholas, the town was ruled by Pandavas, Vijayanagar Empire, Madurai Nayaks, Thanjavur Marathas, Tipu Sultan, French and British Empire. In the ancient time the old town was considered as the seaport. French and British came to Cuddalore for trade and they wanted this town to be in their territory. There had been some battles between them. French had their business settlements in Pondicherry, while British had their settlements in Cuddalore. To rule Cuddalore region, British built several forts there. They built Fort St. David in 1653 AD, as a centre for military operations. British ruled a major part of south India from this fort. But in 1758, fort was attacked by the French. After it, this fort lost its political importance and British shifted their operational power to Fort St. George in Madras (Chennai). Now the Fort St. David is one of the attractions in the town. There are some other buildings in the town which were built by the British to rule over the town. Garden House was constructed as the residence of Robert Clive. Now the Collector of Cuddalore District resides here. Brookes Pet, Cumming Pet, Cuddalore Old Town, Gadilam Castle, Capper Hills and British Educational Institution all were developed by British. Still there are some streets in Cuddalore which has British names such as Clive Street,  Lawrence road, Wellington Street, and Imperial road.

Later many other rulers also ruled over the town. But at last, Cuddalore has been the part of India since 1947. In 2004 Tsunami hit the eastern coast of India which caused devastation in Cuddalore Port and Silver Beach, as well as many rural fishing areas disappeared. Even Cyclone Thane in 2012 caused huge destruction to crops and buildings.

Post- independence, since it is the part of India, Cuddalore is developing in various sectors. Many industries are settled in the town, which are main source of the income of the people in the town. The education in the town is about 83.9 % and most of the people are educated. Tamil is the official language of the town, but they also speak English. Development of Rail and Road transport has improved the life of people in town. Many trains and buses are available to travel from and to the town of Cuddalore. There are many shops, complex and markets for the shopping of variety of goods. Banks, ATMs, Power Station, Water Supply, Mobile centres and other public utility services are the symbols of rapid development of the town. People have become modern but still they are attached to their culture and traditions. Thus, in the town of Cuddalore you can witness the signs of ancient culture as well as modernity.