Cuddalore is the fastest growing town located in the state of Cuddalore. It is believed that Cuddalore got its name from the word Koodalur, which means confluence in Tamil. Cuddalore is the place where Penniyar, Kedilam and Parvanar rivers meet. This town is developing in industrial sector and fishing industries, port related industries, chemical, pharmacological and energy industries are the major source of income in the town. Cuddalore is known for its natural beauty and beautiful beaches, and there are many alluring places which attract the tourist round the year. 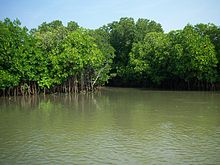 Flora and Fauna of Cuddalore

The rich flora and fauna can be seen in the Mangrove Forest of Pichavaram, which is located near Cuddalore. Pichavarm has number of islands having extreme water and green trees forests. There you can enjoy water sports where you may also get boats on rent. As, Pichavarm is known for Mangrove Forest, you may find the rare species of flowering plants named as Avicennia and Rhizophara. Not only the plants, but the rare species of birds also attract you in these forests. Most of the birds are migrants. About 177 species of birds have been recorded in here. You may find birds like Cormorants, Pelicans, Watersnips, Egrets, Herons, Storks and Spoonbills. The birds arrive there in the month of September to April. There is great availability of Variety of habitat for birds and animals in these forests.

As per the census of India 2011, the population of Cuddalore was 1,73,031, comprising 85399 males and 87632 females in the town. The average literacy rate of the town is 83.9%. The official language of the town is Tamil, but people also speak and understand English as the number of tourists visit the town.